By COLIN STEWART and COURTNEY PERKES 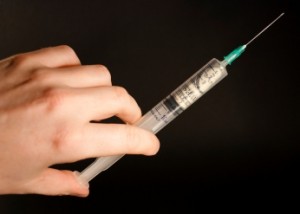 A federal jury in Virginia has ordered Irvine-based Allergan to pay $212 million to a man who says he was left brain-damaged and bedridden after receiving Botox injections to ease trembling and cramps in his hand.The verdict Thursday was the second – and largest – decision against the Botox manufacturer among five similar cases. “It was a home run,” said Texas lawyer Ray Chester, who represented Douglas Ray Jr., 67. “The facts of the case were really compelling. It was clearly the Botox. It happened the day after.”The jury in Virginia rejected Allergan’s contention that Botox was not to blame for the disabling injuries suffered by Ray. It awarded him $12 million in compensatory damages plus $200 million in punitive damages.Allergan said in a statement that there was no evidence that the company failed to provide adequate information about the potential risks of the drug or that Botox caused Ray’s condition.Dr. Sidney Wolfe, director of Public Citizen’s** health research group, which successfully petitioned the Food and Drug Administration to add a “black box” warning label to packages of Botox, said the verdict will raise awareness among patients and doctors of potentially lethal complications. “The public just needs to know more about the risks than they do now,” Wolfe said.

“They know about the benefits.” Allergan spokeswoman Caroline Van Hove said Virginia law caps punitive damages at $350,000. She said that the decision was disappointing and that Allergan is considering an appeal.Chester said Ray was otherwise healthy in 2007 when he received Botox on three occasions to treat writer’s cramp. He said the treatment was “off label,” which means it wasn’t FDA approved for that use.Last summer, Allergan pleaded guilty to a charge of misbranding Botox and paid $600 million to settle a federal investigation of the company’s marketing of off-label uses of the drug.The company agreed that, as a result of its marketing of Botox from 2000 through 2005, Botox treatments for headache, pain, spasticity and juvenile cerebral palsy became “intended uses” of the drug although the FDA had not approved them. Since then, the FDA has approved Botox as a treatment for migraines and for some cases of arm cramps.Chester said Ray is now terminally ill. “He is totally bedridden,” Chester said. “He can’t speak, he sleeps pretty much all the time. He has to be hand fed.”The manufacturer of Botox, which is used as a wrinkle-fighter and for a variety of therapeutic treatments, has now won two similar cases, lost two and settled one.Last May, a federal jury in Oklahoma awarded $15 million to Sharla Helton, a 47-year-old doctor who suffered years of pain after getting wrinkle-smoothing injections.Last fall in court in Santa Ana, Allergan settled the case of Sondra Bryant of Texas, a 70-year-old nurse who died in 2008 after injections to ease her neck pain. Terms of the settlement were not announced.