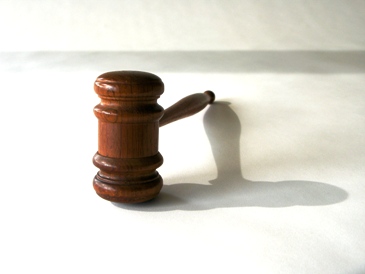 WASHINGTON – American pharmaceutical manufacturer Allergan Inc. has agreed to plead guilty and pay $600 million to resolve its criminal and civil liability arising from the company’s unlawful promotion of its biological product, Botox® Therapeutic, for uses not approved as safe and effective by the Food and Drug Administration (FDA), the Justice Department announced today.  The resolution includes a criminal fine and forfeiture totaling $375 million and a civil settlement with the federal government and the states of $225 million.

Under the Food, Drug and Cosmetic Act (FDCA), a company in its application to the FDA must specify each intended use of a biological product.  After the FDA approves the product as safe and effective for a specified use, any promotion by the manufacturer for other uses – known as “off-label” uses – renders the product misbranded.
Tony West, Assistant Attorney General for the Civil Division of the Department of Justice, and Sally Quillian Yates, U.S. Attorney for the Northern District of Georgia, today announced the filing of a criminal information against Allergan for promoting Botox® for headache, pain, spasticity and juvenile cerebral palsy – none of which were approved by the FDA.  According to the criminal information, Allergan made it a top corporate priority to maximize sales of Botox® for such off-label uses.

The criminal information alleges that Allergan exploited its on-label cervical dystonia (CD) indication to grow off-label pain and headache (HA) sales.  In 2003, Allergan developed the “CD/HA Initiative” as a “rescue strategy” in the event of negative results from its clinical trials to ensure continued expansion into the pain and headache markets.  As part of this initiative, Allergan claimed that cervical dystonia was “underdiagnosed” and that doctors could diagnose cervical dystonia based on headache and pain symptoms, even when the doctor “doesn’t see any cervical dystonia.”
Allergan’s off-label marketing tactics also included calling on doctors who typically treat patients with off-label conditions.  In 2003, Allergan doubled the size of its reimbursement team to assist doctors in obtaining payment for off-label Botox® injections.  Allergan held workshops to teach doctors and their office staffs how to bill for off-label uses, conducted detailed audits of doctors’ billing records to demonstrate how they could make money by injecting Botox®, and operated the Botox® Reimbursement Hotline, which provided a wide array of free on-demand services to doctors for off-label uses.  Allergan also lobbied government health care programs to expand coverage for off-label uses, directed physician workshops and dinners focused on off-label uses, paid doctors to attend “advisory boards” promoting off-label uses, and created a purportedly independent online neurotoxin education organization to stimulate increased use of Botox® for off-label indications.

“The Food, Drug and Cosmetic Act protects the public from drugs and biologic products that are not proven to be safe and effective.  When drug companies make unsubstantiated and misleading statements about their products, they undermine the Act’s protection of public health,” said Tony West, Assistant Attorney General for the Civil Division of the Department of Justice.  “We will continue to pursue drug companies that violate the Act for their own financial gain.”

“The FDA had approved therapeutic uses of Botox for only four rare conditions, yet Allergan made it a top corporate priority to maximize sales of far more lucrative off-label uses that were not approved by FDA,” said Sally Yates, U.S. Attorney for the Northern District of Georgia.  “Allergan further demanded tremendous growth in these off-label sales year after year, even when there was little clinical evidence that these uses were effective.  The FDA approval process ensures that pharmaceutical companies market their medications for uses that are proven to be safe and effective, and this case demonstrates that companies that fail to comply with these rules face criminal prosecution and stiff penalties.”

Allergan has agreed to plead guilty to a criminal misdemeanor for misbranding Botox® in violation of the FDCA.  Under the plea agreement, the company will pay a criminal fine of $375 million, which includes forfeiting assets of $25 million.  Allergan’s guilty plea and sentence is not final until accepted by the U.S. District Court.

“The FDA exists to assure that drugs marketed to the American people are safe and effective” said Dr. Margaret Hamburg, Commissioner, Food and Drug Administration. “The ‘off-label’ promotion of drugs threatens public health and the role of the FDA, which has served our country well and has protected Americans from unsafe and ineffective drugs.”

As part of the civil settlement, Allergan has agreed to pay an additional $225 million to the federal government and the states to resolve claims that its unlawful marketing practices caused false claims to be submitted to government health care programs such as Medicare, Medicaid, TRICARE, and to the Federal Employees Health Benefit Program, the Department of Veterans’ Affairs, and the Department of Labor’s Office of Workers’ Compensation Programs.   The civil settlement addresses allegations that from 2001 through at least 2008, Allergan promoted Botox for off-label indications that were not medically accepted and therefore not covered by federal health care programs, made unsubstantiated and misleading statements about the safety and efficacy of Botox® for off-label indications, instructed doctors to miscode Botox® claims for uncovered indications using inappropriate diagnosis codes to ensure payment by government health care programs, and provided inducements to doctors to inject more Botox®.   The federal share of the civil settlement amount is $210,250,000, and Allergan will pay up to $14,750,000 to states that opt to participate in the agreement.

The civil settlement resolves three lawsuits filed in federal court in the Northern District of Georgia under the qui tam, or whistleblower, provisions of the False Claims Act, which allow private citizens to bring civil actions on behalf of the United States and share in any recovery.  As part of today’s resolution, the whistleblowers – Dr. Amy Lang, Charles Rushin, Cher Beilfuss, Kathleen O’Conner-Masse, and Edward Hallivis – will receive $37.8 million from the federal share of the settlement amount.
Allergan has also executed a Corporate Integrity Agreement (CIA) with the Department of Health and Human Services, Office of Inspector General (HHS-OIG).  The 5-year CIA requires, among other things, that the board of directors (or a committee of the board) annually review the company’s compliance program and pass a resolution that it has implemented an effective compliance program; that certain senior executives annually certify that their departments or functional areas are compliant with federal health care program requirements; that Allergan send doctors a letter notifying them about the settlement; and that the company post on its website information about payments to doctors, such as honoraria, travel, or lodging.  Allergan is subject to exclusion from federal health care programs, including Medicare and Medicaid, for a material breach of the CIA and subject to monetary penalties for less significant breaches.

“Fraudulent marketing of drugs through off-label promotion or kickbacks to prescribers undermines the protections afforded by the drug approval process and medical decision-making.  This conduct will not be tolerated,” said Daniel R. Levinson, Inspector General of the U.S. Department of Health and Human Services.  “As a result of this settlement, OIG will oversee a Corporate Integrity Agreement with Allergan that increases the transparency of Allergan’s interactions with physicians and helps to ensure the company’s future compliance and accountability.”
“This was a complex investigation that required much in terms of investigative resources in order to conduct the many interviews and document reviews needed to get us where we are today,” said Brian D. Lamkin, Special Agent in Charge, FBI Atlanta.  “The FBI, through its vast experience investigating health care fraud, is not only able to provide such resources, but is also able to recognize which circumstances need those resources the most.  The off-label marketing tactics employed by Allergen was one of those aforementioned circumstances.”

Allergan markets Botox® for its approved cosmetic use under the trade name Botox® Cosmetic.  Botox® Cosmetic has its own FDA-approved label and drug code.  The resolution announced today does not address Botox® Cosmetic.
The criminal case is being prosecuted by the Civil Division’s Office of Consumer Litigation and the U.S. Attorney’s Office for the Northern District of Georgia.  The civil settlement was reached by the Civil Division’s Commercial Litigation Branch and the U.S. Attorney’s Office.  The HHS Office of Counsel to the Inspector General, the Center for Medicare and Medicaid Services, FDA’s Office of Chief Counsel, and the National Association of Medicaid Fraud Control Units provided assistance.

This matter was investigated by the FBI, the FDA’s Office of Criminal Investigation, and the HHS-OIG.  The Office of Personnel Management Office of Inspector General, TRICARE Program Integrity, the Department of Veterans’ Affairs Office of Inspector General, and the Department of Labor Office of Inspector General provided investigative assistance.
“Federal employees and indeed the American taxpayers deserve health care providers and suppliers, including drug manufacturers, that meet the highest standards of ethical and professional behavior,” said Patrick E. McFarland, Inspector General of the U.S. Office of Personnel Management.  “Today’s settlement once again reminds the pharmaceutical industry that it must observe those standards and reflects the commitment of federal law enforcement organizations to pursue improper and illegal conduct that places health care consumers at risk.”
This settlement is part of the government’s emphasis on combating health care fraud.  One of the most powerful tools in that effort is the False Claims Act, which the Justice Department has used to recover approximately $3.1 billion since January 2009 in cases involving fraud against federal health care programs.  The Justice Department’s total recoveries in False Claims Act cases since January 2009 have topped $4 billion.